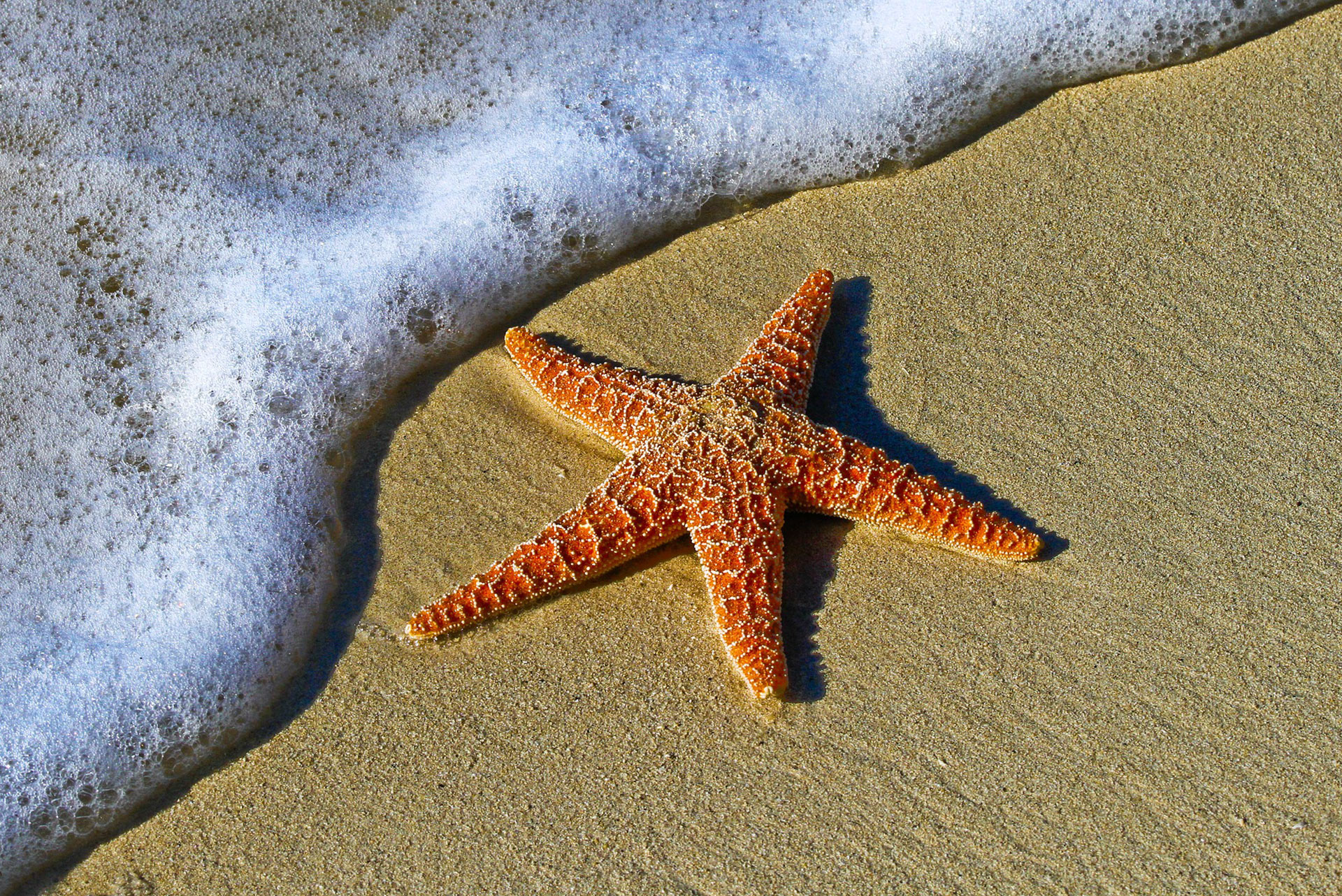 Based on the story by Loren Eisley…

I awoke early, as I often did, just before sunrise to walk by the ocean’s edge and greet the new day. As I moved through the misty dawn, I focused on a faint, far away motion. I saw a youth, bending and reaching and flailing arms, dancing on the beach, no doubt in celebration of the perfect day soon to begin.

As I approached, I sadly realized that the youth was not dancing to the bay, but rather bending to sift through the debris left by the night’s tide, stopping now and then to pick up a starfish and then standing, to heave it back into the sea. I asked the youth the purpose of the effort.

“The tide has washed the starfish onto the beach and they cannot return to the sea by themselves,” the youth replied. “When the sun rises, they will die, unless I throw them back to the sea.”

As the youth explained, I surveyed the vast expanse of beach, stretching in both directions beyond my sight. Starfish littered the shore in numbers beyond calculation. The hopelessness of the youth’s plan became clear to me and I countered, “But there are more starfish on this beach than you can ever save before the sun is up. Surely you cannot expect to make a difference.”

The youth paused briefly to consider my words, bent to pick up a starfish and threw it as far as possible. Turning to me he simply said, “I made a difference to that one.”

I left the boy and went home, deep in thought of what the boy had said.

I returned to the beach and spent the rest of the day helping the boy throw starfish in to the sea.