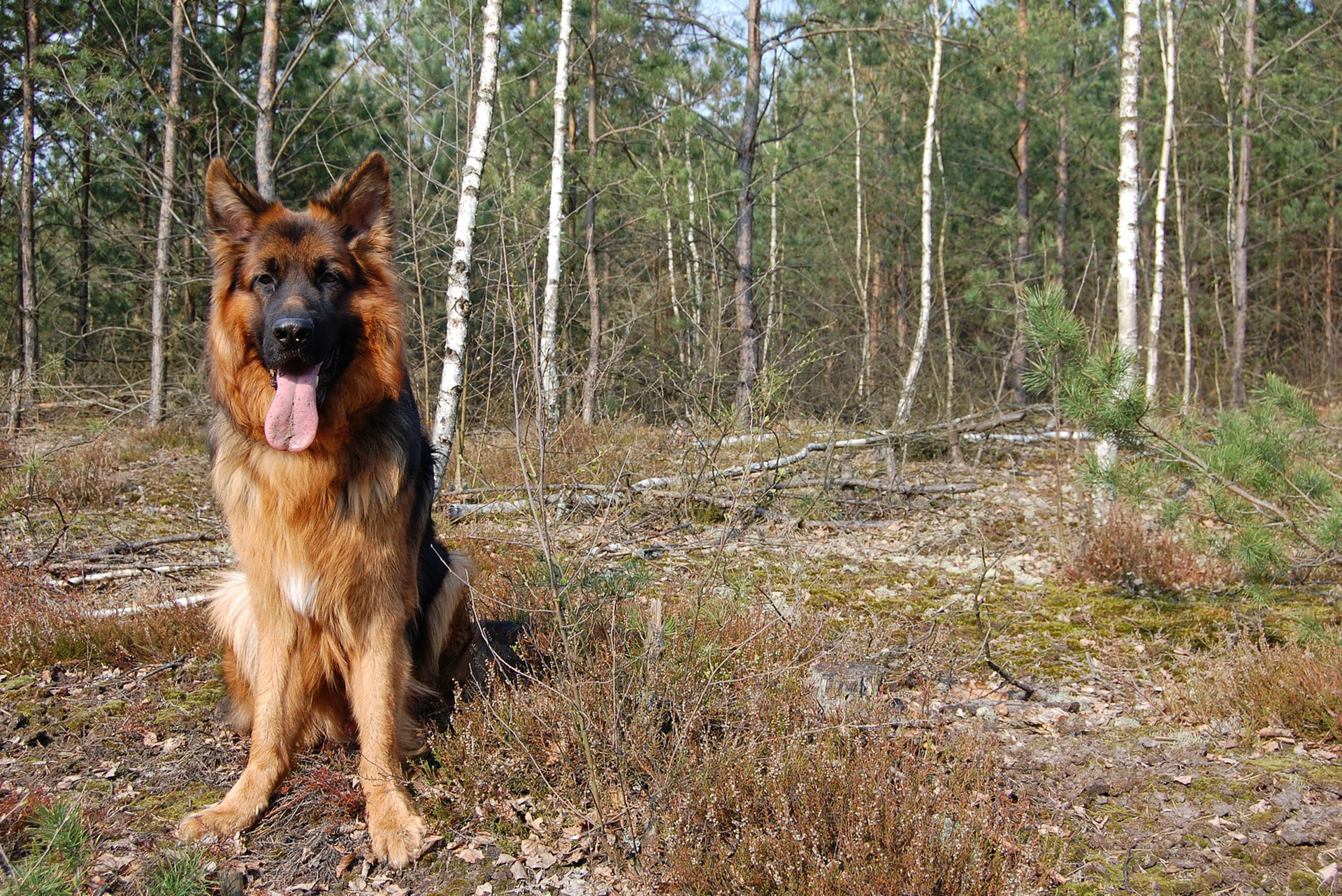 One day an old German shepherd starts chasing rabbits and before long, discovers that he’s lost. Wandering about, he notices a panther heading rapidly in his direction with the intention of having lunch.

Noticing some bones on the ground close by, he immediately settles down to chew on the bones with his back to the approaching cat. Just as the panther is about to leap, the old German Shepherd exclaims loudly,

“Boy, that was one delicious panther! I wonder, if there are any more around here?”

Hearing this, the young panther halts his attack in mid-strike, a look of terror comes over him and he slinks away into the trees.

“Whew!,” says the panther, “That was close! That old German Shepherd nearly had me!”

Meanwhile, a squirrel who had been watching the whole scene from a nearby tree, figures he can put this knowledge to good use and trade it for protection from the panther. So, off he goes.

The young panther is furious at being made a fool of and says, “Here, squirrel, hop on my back and see what’s going to happen to that conniving canine!”

“Where’s that squirrel? I sent him off an hour ago to bring me another panther!”