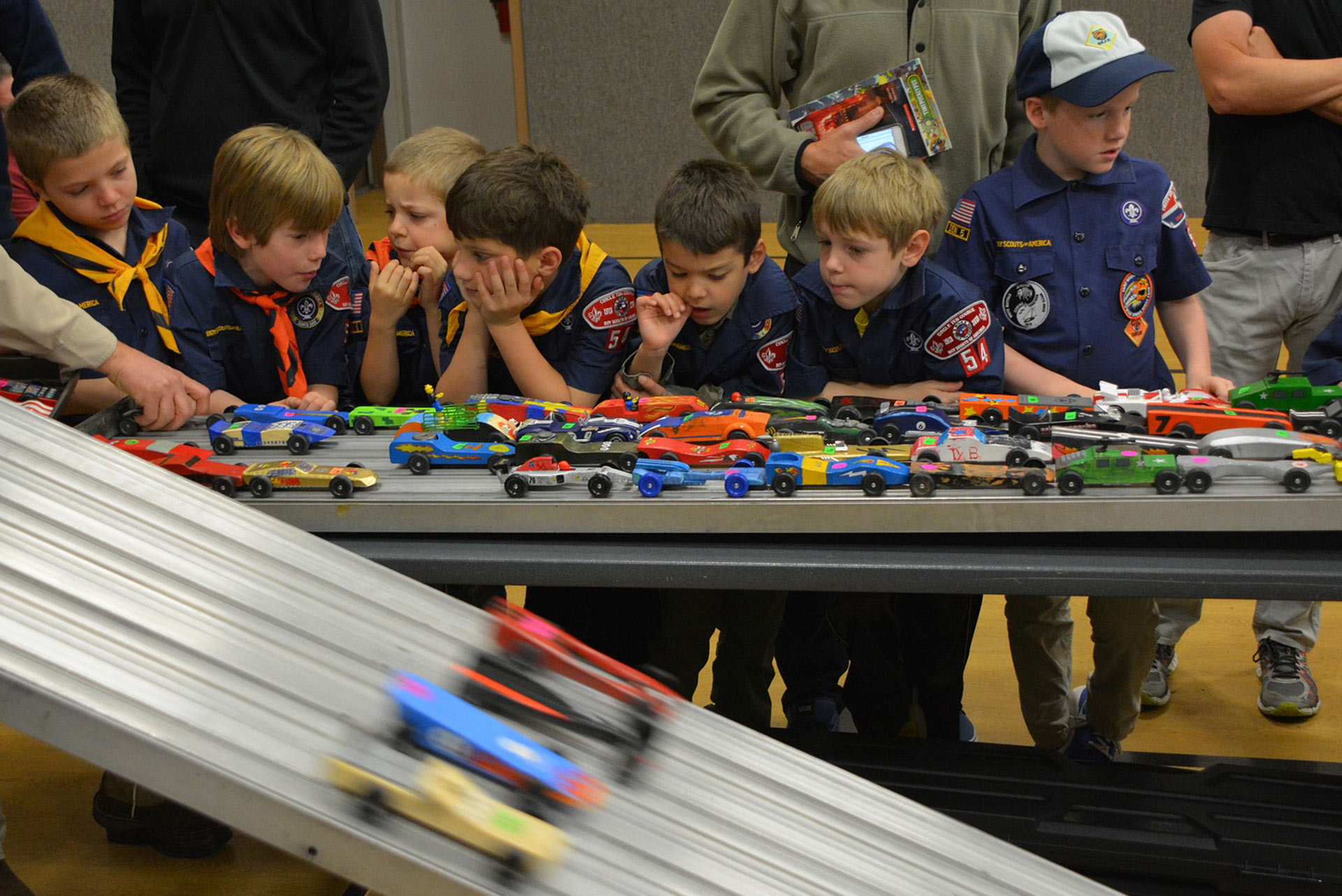 A boy named Gilbert was eight years old and had been in Cub Scouts only a short time. During one of his meetings he was handed a sheet of paper, a block of wood and four tires and told to return home and give all to “dad”.

That was not an easy task for Gilbert to do. Dad was not receptive to doing things with his son. But Gilbert tried. Dad read the paper and scoffed at the idea of making a pine wood derby car with his young, eager son. The block of wood remained untouched as the weeks passed.

Finally, his mom stepped in to see if she could figure this all out. The project began. Having no carpentry skills, she decided it would be best if she simply read the directions and let Gilbert do the work. And he did. She read aloud the measurements, the rules of what they could do and what they couldn’t do.

Within days his block of wood was turning into a pinewood derby car. A little lopsided, but looking great (at least through the eyes of mom). Gilbert had not seen any of the other kids cars and was feeling pretty proud of his “Blue Lightning”, the pride that comes with knowing you did something on your own.

Then the big night came. With his blue pinewood derby in his hand and pride in his heart they headed to the big race. Once there, Gilbert’s pride turned to humility. His car was obviously the only car made entirely on his own. All of the other cars were a father-son partnership, with cool paint jobs and sleek body styles made for speed.

A few of the boys giggled as they looked at Gilbert’s lopsided, wobbly, unattractive vehicle. To add to the humility Gilbert was the only boy without a man at his side. A couple of the boys who were from single parent homes at least had an uncle or grandfather by their side, Gilbert had “Mom”.

As the race began it was done in elimination fashion. You kept racing as long as you were the winner. One by one the cars raced down the finely sanded ramp. Finally it was between Gilbert and the sleekest, fastest looking car there. As the last race was about to begin, the wide eyed, shy eight year old asked if they could stop the race for a minute, because he wanted to pray. The race stopped.

Gilbert hit his knees clutching his funny looking block of wood between his hands. With a wrinkled brow he set to converse with his Father. He prayed in earnest for a very long minute and a half. Then he stood, smile on his face and announced, ‘Okay, I am ready.”

As the crowd cheered, a boy named Tommy stood with his father as their car sped down the ramp. Gilbert stood with his Father within his heart and watched his block of wood wobble down the ramp with surprisingly great speed and rushed over the finish line a fraction of a second before Tommy’s car.

Gilbert leaped into the air with a loud “Thank you” as the crowd roared in approval. The Scout Master came up to Gilbert with microphone in hand and asked the obvious question, “So you prayed to win, huh, Gilbert?” To which the young boy answered, “Oh, no sir. That wouldn’t be fair to ask God to help you beat someone else. I just asked Him to make it so I don’t cry when I lose.”

Children seem to have a wisdom far beyond us. Gilbert didn’t ask God to win the race, he didn’t ask God to fix the out come, Gilbert asked God to give him strength in the outcome. When Gilbert first saw the other cars he didn’t cry out to God, “No fair, they had a fathers help”.

No, he went to his Father for strength. Perhaps we spend too much of our prayer time asking God to rig the race, to make us number one, or too much time asking God to remove us from the struggle, when we should be seeking God’s strength to get through the struggle. Gilbert didn’t pray to win, thus hurt someone else, he prayed that God supply the grace to lose with dignity. Gilbert, by his stopping the race to speak to his Father also showed the crowd that he wasn’t there without a “dad”, but His Father was most definitely there with him. Yes, Gilbert walked away a winner that night, with his Father at his side.