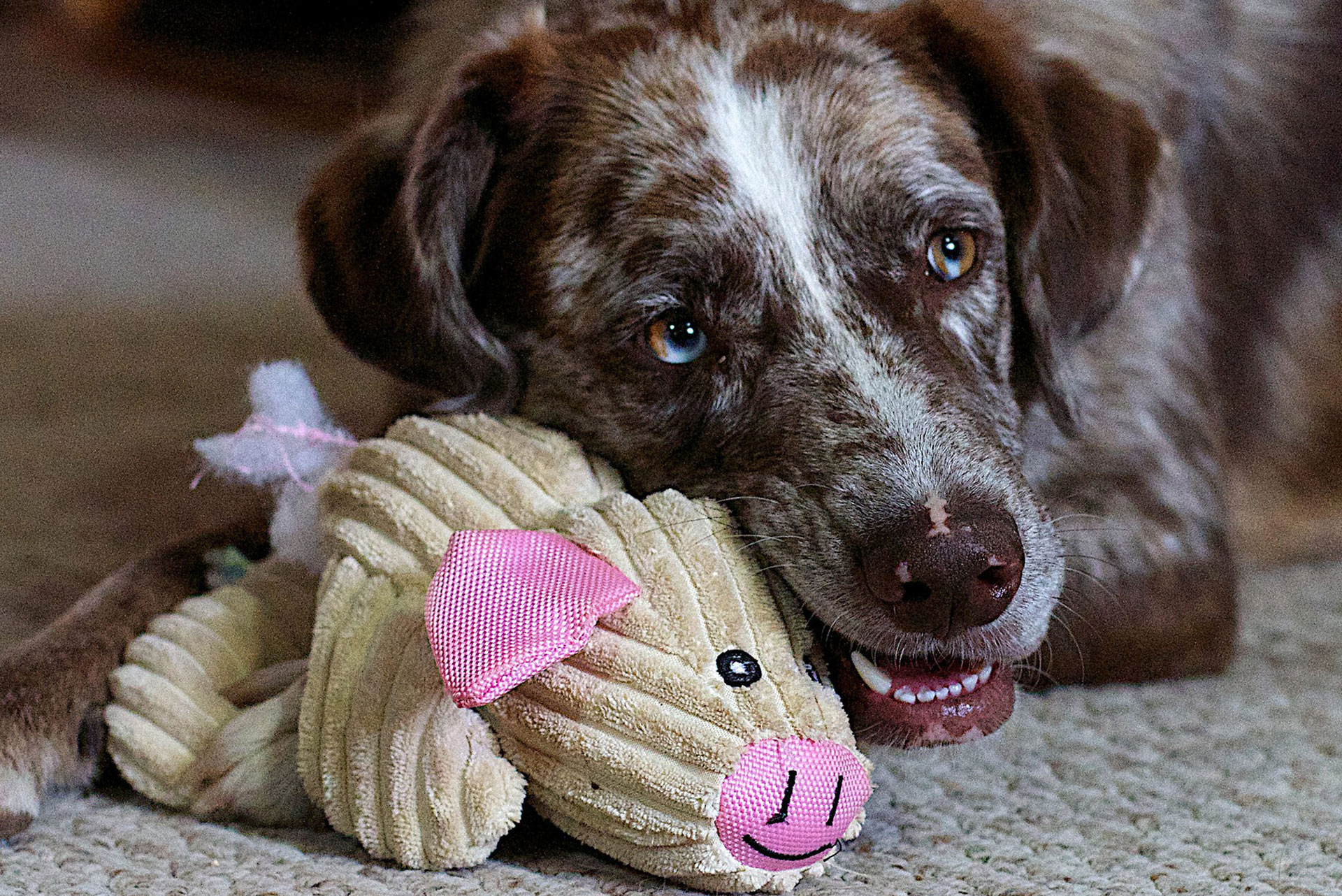 Mary and her husband Jim had a dog named. Lucky was a real character. Whenever Mary and Jim had company come for a weekend visit, they would warn their friends to not leave their luggage open because Lucky would help himself to whatever struck his fancy. Inevitably, someone would forget and something would come up missing.

Mary or Jim would go to Lucky’s toy box in the basement and there the treasure would be. Lucky always stashed his finds in his toy box and he was very particular that his toys stay in the box.

It happened that Mary found out she had breast cancer. Something told her she was going to die of this disease…in fact, she was just sure it was going to be fatal. She scheduled the double mastectomy, with fear riding her shoulders.

The night before she was to go to the hospital she cuddled with Lucky. A thought struck her…what would happen to Lucky? Although the three-year-old dog liked Jim, he was Mary’s dog through and through.

If I die, Lucky will be abandoned, Mary thought. He won’t understand that I didn’t want to leave him. The thought made her sadder than thinking of her own death.

The double mastectomy was harder on Mary than her doctors had anticipated and Mary was hospitalized for over two weeks. Jim took Lucky for his evening walk faithfully, but the little dog just drooped, whining and miserable. Finally the day came for Mary to leave the hospital. When she arrived home, Mary was so exhausted she couldn’t even make it up the steps to her bedroom. Jim made his wife comfortable on the couch and left her to nap. Lucky stood watching Mary but he didn’t come to her when she called. It made Mary sad but sleep soon overcame her and she dozed off.

When Mary woke up, for a second she couldn’t understand what was wrong. She couldn’t move her head and her body felt heavy and hot. But panic soon gave way to laughter when Mary realized the problem.

She was covered, literally blanketed, with every treasure Lucky owned! While she had slept, the sorrowing dog had made trip after trip to the basement bringing his beloved mistress all his favorite things in life.

He had covered her with his love. Mary forgot about dying. Instead she and Lucky began living again, walking further and further together every day.

It’s been 12 years now and Mary is still cancer-free. Lucky? He still steals treasures and stashes them in his toy box but Mary remains his greatest treasure.

We all need to remember to live every day to the fullest. Each minute is a blessing from God and never forget…the people who make a difference in our lives are not the ones with the most credentials, the most money, or the most awards. They are the ones that care for us.

If you see someone without a smile today, give them one of yours! Live simply. Love generously. Care deeply. Speak kindly. Leave the rest to God. So go live your life and enjoy your day.